The Best Locations for the Small ATM Operator 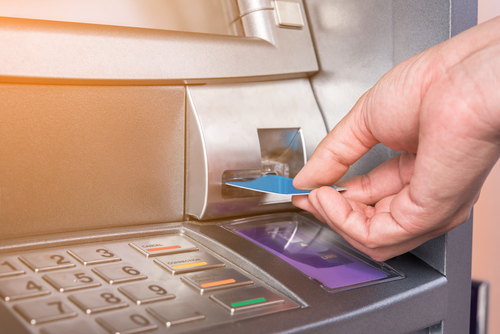 The single most important factor for the success of the ATM operator is the ability to acquire good locations. Too many newcomers to the business spend their time trying to negotiate the best price on equipment and processing, which ultimately doesn’t matter if they don’t have a good spot to place their ATM. Take it from our experts – Location matters!

Much of the advice that is out there on ATM placement is outdated or just wrong. Here are some myths we see.

High traffic locations like gas station c-stores and cash-only marijuana dispensaries may do a lot of transactions, but that doesn’t necessarily make them profitable for the ATM operator. Because there is so much local and national competition for these locations, the ATM operator is probably working on a very slim profit margin while going through a LOT of vault cash.

At one time hotels were solid locations from an ATM perspective. Now, however, most newer hotel properties are smaller (100 rooms or less) and do not include amenities like a bar/restaurant or gift shop which might encourage some people to get cash. Larger resort hotels may do okay, but beware, the average withdrawal is usually very high.

What are the Best Locations for ATMs?

According to our experts, the best locations for the small ATM operator are stores where the merchant is trying to avoid credit card usage because of its high cost or tax liability. These merchants will be more amenable to accepting a lower surcharge split (or perhaps asking for nothing at all) which makes them much more profitable. Plus these stores typically require much lower amounts of vault cash due to lower average withdrawals, which means you can fund more locations! Here are some examples of great ATM opportunities:

While seasonal, we have cash-only ice cream stands that net $500 per month in the warmer months, which means that in five months they might out-perform a high traffic gas station c-store for the entire year. Ice cream stand operators hate credit cards; the swipe fee alone of $0.30 can be 10% or more of the cost of a cone.

Most of the stylists at a hair salon are contract employees and the boss doesn’t want to pay the tax on their tips. A recent IRS rule change required that all credit card payments are reported on a Form 1099-K. We have one hair salon with 100 contract employees that was paying tax on $1 million of non-employee tips. The owners were so excited to have an ATM that they don’t even want a split!

No matter your business, ATMs are a feasible option to bring in additional revenue or replace loss from credit card fees. To speak with an expert about bringing ATM technology to your locations, call New York ATM founder Jon Weilbaker at 917-842-6201!